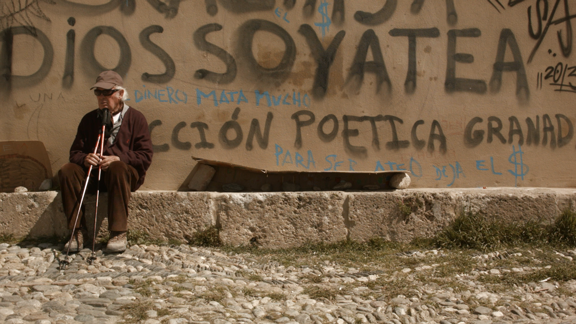 When the financial crisis hits Spain, its landscape changes abruptly leaving behind the unfinished ghost towns. Thousands of people have to leave their homes, with no other resources than each other. And what do you do when you can no longer seek help from a state?. You move into the empty houses and try to create a different society in the ruins of broken promises. ‘Speculation Nation’ gives us an empathetic portrait of a people that have lost faith in the system that failed them, and whose hope for the future rests on each other and the dream of an alternative upturn.

> movie in Spanish, with English and Polish subtitles 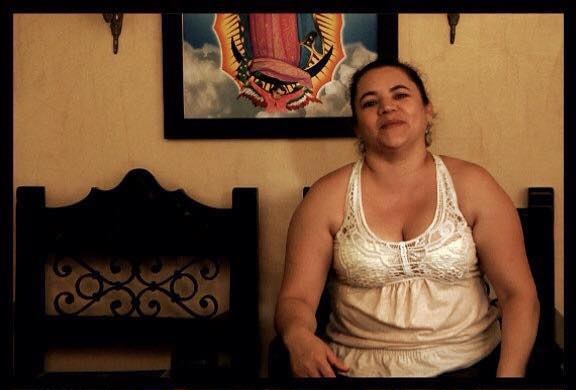 “La Comuna 9. Reclaiming a city” is a documentary about people who create their surroundings, and about the participatory process that enables them to do so. The film aims at showing what happened when the people of Comuna 9 – a district in Medellin, Colombia, were allowed to take control over the resources available through participatory budgeting. The film takes you for a fascinating trip through the barrios of Comuna 9 where you will meet ordinary people who let the politics into their daily lives in order to transform the reality they live in. It is also a ‘manual’ of participatory budgeting that, hopefully, will be an inspiration for other community leaders around the world.

> movie in Spanish, with a Polish subtitles and voice-over 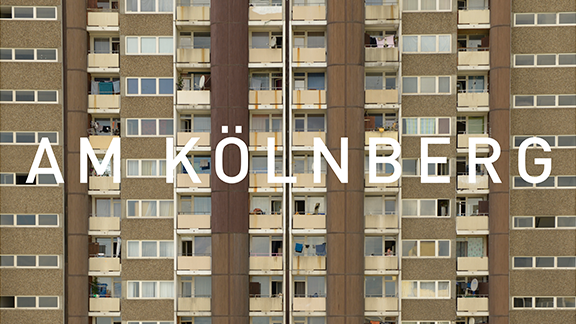 In 1974, a housing estate consisting of nine high-rises was built in the middle of a field on the southern edge of Cologne. Its silhouette, seen from a distance and in the right light, resembles a massive elevation, which soon earned it the name of Kölnberg (Cologne mountain). It also gained a reputation as a deprived area very quickly. 60% of the residents are foreigners. The filmmakers worked their way behind the social stereotypes, headlines and statistics and meet people to whom Kölnberg has become a home.

> movie in German with Polish subtitles 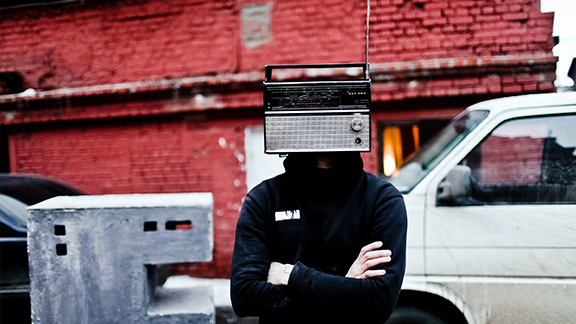 AWAY FROM ALL SUNS, directed by Isabella Willinger, Germany, Russia, 2014, 74 min.

In the back alleys of Moscow, forgotten treasures lurk: Utopian buildings, built in the 1920s in the spirit of Russian constructivism. Ruins of another future, reflecting the hopes and aberrations of modernity. The film follows three Muscovites who are struggling with the buildings’ heritage. It’s a journey through time to the revolutionary 1920s and a portrait of Russian society today.

> movie in Russian and English, with English and Polish subtitles 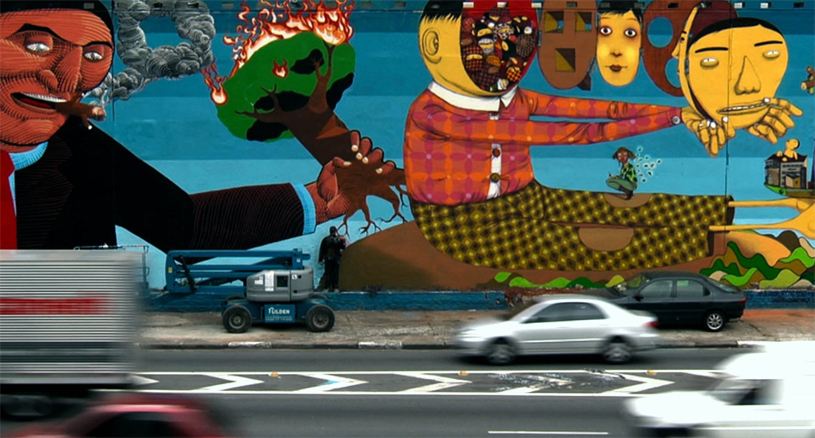 Sao Paulo – the largest city in Brazil populated by more than 11 million residents and priding thousands of buildings. Here a new form of graffiti was born. The works of artists like Os Gêmeos, Nunca, and Nina spread like wildfire through the streets of the city … and then to art galleries and museums around the world. But when a new law against visual pollution leads to their work being painted over in grey, the artists give birth to one of the most creative resistance movements in Latin American art.

> movie in Portuguese with English and Polish subtitles 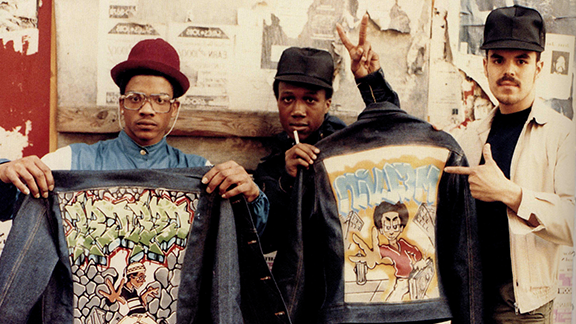 My Brooklyn is a documentary about Director Kelly Anderson’s personal journey, as a Brooklyn “gentrifier,” to understand the forces reshaping her neighborhood along lines of race and class. The story begins when Anderson moves to Brooklyn in 1988, lured by cheap rents and bohemian culture. By Michael Bloomberg’s election as mayor in 2001, a massive speculative real estate boom is rapidly altering the neighborhoods she has come to call home. She watches as an explosion of luxury housing and chain store development spurs bitter conflict over who has a right to live in the city and to determine its future. While some people view these development patterns as ultimately revitalizing the city, to others, they are erasing the eclectic urban fabric, economic and racial diversity, creative alternative culture, and unique local economies that drew them to Brooklyn in the first place. It seems that no less than the city’s soul is at stake.

> movie in English with Polish subtitles 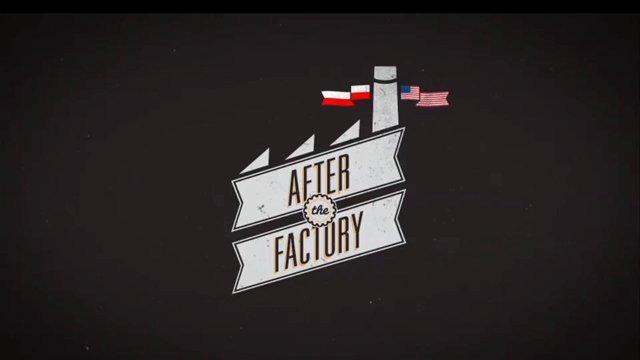 The global economy is in crisis. More and more businesses are outsourcing their manufacturing. And former industrial towns– whether they’re in Ohio, Mississippi, or Poland– are left asking the question, ‘What comes after the factory?’ For questions like this, the best answers come from the people who have been there. Detroit, Michigan has been running on fumes since the fall of the auto industry and Poland’s textile industry in Lodz has been hanging by a thread since the fall of communism. In both cities, their populations have fled, their unemployment has spiked, and now, they’re both on the front lines of re-building their economies. After the Factory presents an opportunity to learn from these two diametrically different cultures as their entire way of life transitions to something new. Stories from the citizens are inspiring. Ideas from community leaders are thought-provoking. Free-thinking entrepreneurs are putting a new spin on traditional concepts of growth. Change is inevitable. And as the people in each city propel Detroit and Lodz into the future, this trans-continental dialogue allows communities worldwide to see how these fallen giants, troubled as they are, just might be the innovators writing the new rulebook for next generation cities.

> movie in Russian and English, with English and Polish subtitles 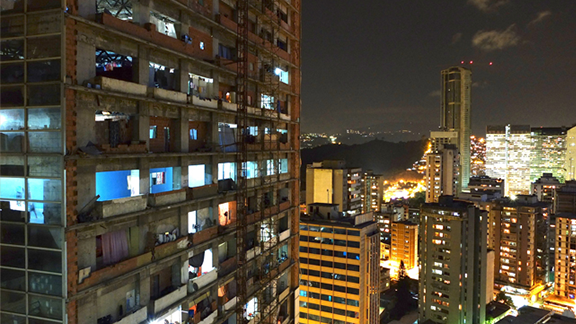 CTwenty years ago, one of the largest banks in Venezuela went bust. Now in the centre of Caracas stands an unfinished 200-metre tall skyscraper. Over time, the empty offices were taken over by some 3,000 squatters. Often called the largest vertical slum in Latin America, the building has its own rules and regulations and the local residents have built a distinctive model of community management.

> movie in Spanish with English and Polish subtitles 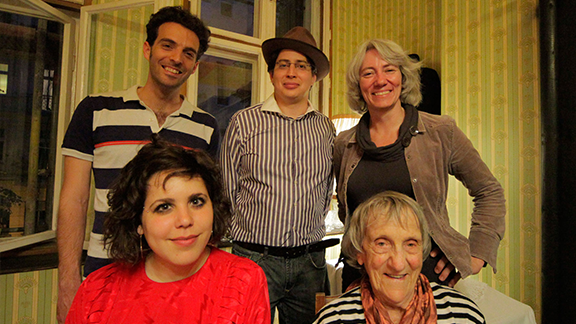 AN APARTMENT IN BERLIN, directed by Alice Agneskirchner, Germany 2014, 84 min.

Young Israelis in Berlin are mostly attracted by its cosmopolitan and international atmosphere, the low cost of living and the good infrastructure, which make life fairly easy. Berlin was also the place from which the Nazis planned the systematic extermination of the Jews. Three generations after the Holocaust, does this fact matter to young Israelis? How does it affect their lives today? Three of them want to find out, what it would do to them to embark on a journey into the past by retracing the life and refurnishing the original apartment of a Jewish family from Berlin once deported by the Nazis.

> movie in German, with English and Polish subtitles